Why I am not a Universalist part 2

Continued from the previous post
I set ground rules for my religious quest: First, anything I discovered had to pass the gut check; the whole reason for the quest was my visceral rejection of the story as I understood it. Second, it had to make sense intellectually; it had to result in something I could understand and use in my daily life, or else what was the point? I also decided to start with all the basic schools of Christianity I could find, in case it was just the church I had been raised in that was the problem, not Christianity per se. I was in a good position to do this, as the Indianapolis suburb I lived in- Irvington- had more churches per capita than most any place on Earth. It had been the home of Butler University, and within a five minute walk of my front door were five giant Gothic Cathedral type churches, from Catholic to Christian Scientist, (to this day, on a Sunday morning one can hear dueling carillons); the international HQ of a Christian mission, the home convent of an order of nuns, and another half dozen storefront churches.

Two in particular caught my interest. First was Calvinism, which taught that belief itself was impossible for flawed humans, and was the gift of God. What you had to do was to behave as if you believed, and prepare yourself for when the gift was given to you.* It would certainly explain why I couldn't believe. But upon closer examination, it didn't make sense either- how could belief be the test if you had no control over your belief? Under this doctrine, the only part in your control was your behavior, which made it salvation by acts, rather than by belief- a direct contradiction to John 3:16 and 18.

The second to catch my interest was Universalism, the doctrine that Jesus' sacrifice paid for all of mankind's sins, and so salvation was universal.** This was on all fours with John 3:17, and at least the first clause of 3:16, although a contradiction of 3:18. Nobody goes to Hell.*** This seemed better at first, but it still required belief in the rest of the story, if not in damnation; could I do that? No. Universalism didn't make sense either... yes, it's nice that everyone gets saved, but it did nothing to address the issue of why we needed salvation in the first place.

We needed salvation because one must be perfect to enter Heaven, and no human being is capable of achieving perfection; the Bible makes that abundantly clear. The effective result is that we're born damned; we are going to be judged by a standard that we cannot meet. That is so patently unfair as to be irrational; you cannot condemn a quart jar for not holding a gallon- especially if you're the potter that cast the quart jar! God knew full well the risks of giving his creations free will when he made Adam and Eve- he'd gone through that scenario before with the angels... But okay, let's assume for a moment that it makes sense; after all, the story isn't all that well told, and maybe I'm missing something. What's next?

*16 For God so loved the world, that he gave his only begotten Son, that whosoever believeth in him should not perish, but have everlasting life. 17 For God sent not his Son into the world to condemn the world; but that the world through him might be saved. I don't get it. If God loved us that much, why didn't he just change the rules? I actually asked that one; I learned the meaning of "doubletalk" that day. But okay, we've got to be purified, and that takes a blood sacrifice. Says who? Didn't God make the rules? Never mind... So he gave his only begotten Son... "Only"?? So, what, is the rest of the human race chopped liver? We're all his creations; are some methods of creation more precious than others?

*Yes, I know this is an oversimplified and somewhat flawed explanation. This is a memoir, not a doctoral thesis; I'm relating what I took from how it was explained to a young person.

***I had problems with Hell as a concept, aside from the question of who deserved to go there. Reread John 3:16- do you see any mention of Heaven or Hell in it? The choice was not between Heaven and Hell, but between eternal life and eternal death. It is stated that way very explicitly in quite a few places in the Bible. "I am the resurrection and the life." But if you do not believe, well, "...let the dead bury their dead." So how can you suffer eternal damnation if you don't have eternal life? At what point did God decide that stripping you of eternal life was not punishment enough, that he had to resurrect you and punish you again?
Posted by Joel Monka at 3/24/2011 03:56:00 PM

This is certainly interesting stuff, thanks for sharing. I'll note that the objections you raised to Universalism were already obsolete 200 years ago in the Universalist denomination. Hosea Ballou taught that humanity did not have to be purified--it was not God that had rejected humanity, but humanity that had rejected God, and so religion was the process of reconciling people to the fact that God existed and loved them. Original sin was rejected as a mistaken doctrine. There was no damnation. There was no blood atonement nor need for one. All people were equal children of God, who was one, not three.

For the last 100 years, it's also been possible to be a non-theist (at least, in the sense of a single, conscious God directing all events from a place called heaven) and a Universalist. I have no doubt that one could be a Pagan Universalist these days. Not trying to win you over, just pointing out that Universalism had a place for you if you'd wanted to claim it. Your thoughts would've been mainstream Universalism.

Thanks, Jeff- yes, Universalism may have had a place for me... if there had been a place for Universalism in Indianapolis in the 60s. There was a Universalist congregation in the suburb Oaklandon, (which I didn't know even existed until decades later), and there was the Unitarian church, All Souls, which I had vaguely heard of, but not in any way that it held any interest for me. Back then, In a place like Indy, one simply didn't hear of such things.

I have written before that UUism had had a shot at gaining most of the people who have become Pagans, and failed to take advantage of the opportunity.

This is a really interesting series and I'm glad you wrote it. I was raised functionally Universalist without really knowing it, but I still identify with a lot of what you say, especially the bits about wanting very much to believe what I'd been told to.

Just want to add to Jeff's comments about historical Universalism. The diversity of Universalist theology was greater than is commonly understood.

(2) Humanism has a long history within Universalism, going back at least to the mid-19th C. AT least one of the original signers of the Humanist Manifesto was a humanist. And of course, there's Kenneth Patton, whose liturgical humanism is still a huge influence on today's Unitarian Universalism.

(3) On the Christian side of Universalism, there has been a great deal of theological diversity as well. Ballou, Murray, Winchester, Rich -- the great early proponents of Unviersalism had vastly different theological positions on everything from Christology to soteriology to eschatology. Jeff touches on some of this diversity, but it was incredibly broad.

(4) Frontier Universalism was unbelievably diverse. Some of the old frontier proponents of Universalism were pretty wild and woolly, e.g. Br. Abel Sargent c. 1812 in Ohio: "He was a Universalist preacher; but receiving a new revelation, in which he said he held converse with angels, and he was made the medium of communication to the world. his doctrines did not differ materially from the Universalist creed, except that he taught the annihilation of the wicked. The regenerated soul, he taught, was a part of God; and when the body died there was a resorption of the soul into God. He did not believe in any devil, in a place of future torment, nor in a judgment. He went about the country with his twelve apostles, mostly women, preaching and pretending to raise the dead." _The Universalist Church in Ohio_, Elmo Robinson, p. 13. Sargent left Universalism to found the Halcyon Sect.

Like Jeff, not trying to convert you or anything. Just want to set the record straight -- the Universalist General Conference was home to a far greater diversity of beliefs than most present-day Unitarian Universalists know.

I understand, Dan- just remember that what I was writing about happened in another century. When you consider that only a fraction of most UU congregations really know all this stuff, and that 40-45 years ago there was one Unitarian congregation in Indianapolis, and one Universalist congregation in a suburb ten miles north; there might have been what, perhaps 100 people in central Indiana who had ever heard of Hosea Ballou? Hell, I doubt there's many more than that in the 2 million population metropolitan area right now.

I believe you. I grew up in New England, quite a different environment for exploring Universalism (or Unitarianism) than Indy in the 60s! We had the largest Sunday School in the whole area, and the most active youth group. Even most non-UUs in my hometown known what Universalism is. But it sure ain't like that everywhere. Glad you found the right path for you in the end.

I'm fuzzy on why you rely on a 45-year-old Indianapolis version of what "Universalist" means in declaring yourself not one. I get that you weren't one at the time, but if the meaning isn't what you thought it was...

A couple of reasons... first, accuracy. If we went by the standard of "Would I be thrown out for my beliefs", I could claim to be a Universalist, a Buddhist, a Shinto, a Wiccan, and a half dozen different African Diaspora faiths. At least. Which would tell one nothing- a sign that points everywhere points nowhere. The two things I claim are at least minimally descriptive. Saying "UU" gives one a feeling for the behaviors I have covenanted to abide by; and "Pagan" at minimum tells one that it's not the God of Abraham I worship, and probably evokes mental images of Wiccans, that being the most well known, which is not that far from where I am.

Secondly, it's a last token of respect I pay my late parents. I am not a Christian by any standards they would accept, so I will not claim the name of a Christian denomination. (At least it used to be) And before you ask, they never accepted Unitarians as Christians, so the "UU" is cool by my rule. 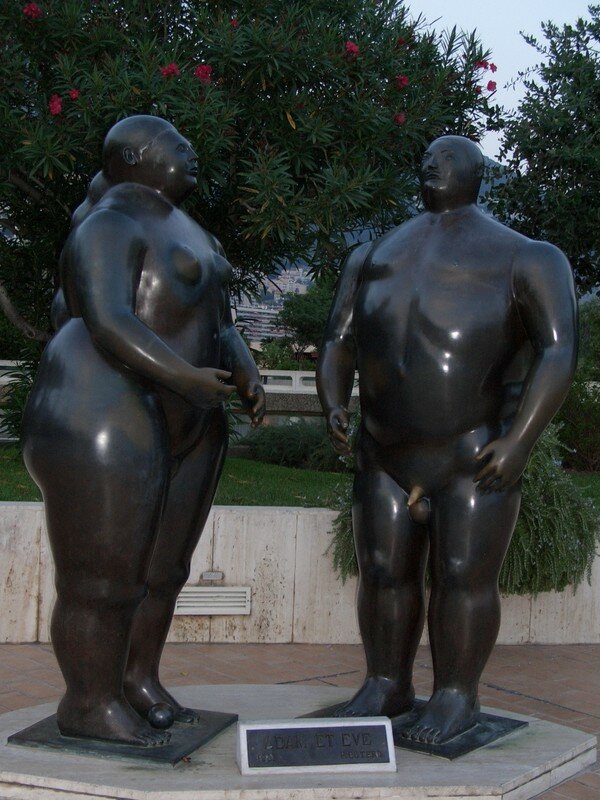